More on AlphaGo. Such respect to Sedol for choosing to play the last match against what he views as the stronger incarnation of the machine. It didn’t help, of course. Fan Hui, the 3-time European championÂ has improved from number 600-ish in the world to be in...

So muchÂ sci-fi coming to earthÂ this last week. AlphaGo beat Lee Sedol and convincingly. It’s important because the game was thought to be too “big” for traditional computerÂ strategiesÂ based onÂ simulating playing the game forward a few rounds and... 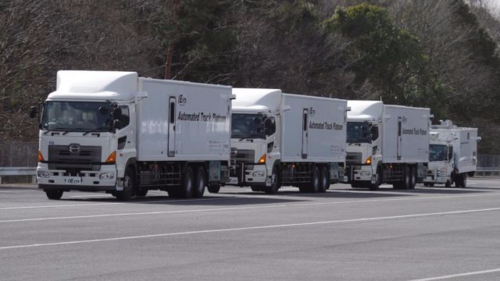 Will self-driving cars be ad-supported?

I had never seen a view of opera scheduling across seasons like this. Fascinating how often the ABC+T get performed.    My assumption is that ROH and Glyndebourne would be more varied, but that’s just gut feel.

Everyone expected computer domination of Go to be “ten years” away. It looks strongly like it’s nearly with us. A European master was defeated 5-0 and a match up with a world champion match is due in March. Once again, the human player described the...

Usable water isn’t scarce, it’s in the wrong buckets. How will technology and trading improvements in bucket transfer affect adjacent industries? Could Enron be a model?  Lots to think about here.

The horse has always bolted

Two articles covering different aspects of the fact thatÂ policy always has to follow developments in the world and is always rushing to keep up. This often leads to terrible law-making. On privacy, Â aÂ postulated axiom: the defense of privacy follows, and never... For our cake and knitting crafters

Thanks Vancouver, you were beautiful and efficient. But clearly I was not butch enough for you. That is some ride down to Seattle.    Now let’s hope for an easy border crossing.
« Older Entries
Next Entries »
Posting....